Twilight's Library is the house in Ponyville where Twilight Sparkle, Spike, Scootaloo and Starlight Glimmer live. After the Sweet Apple Acres update moved Applejack to Sweet Apple Acres, she also stays at the library when visiting Ponyville. It is called the Golden Oak Library in the show.

The library, Train Station, and Crystal Mine are the only buildings which are already built in Ponyville when the game starts. 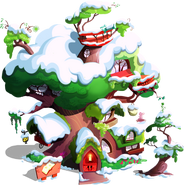 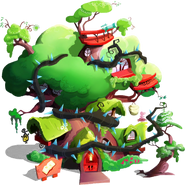 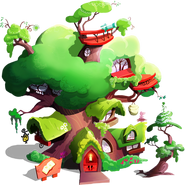 Twilight’s Library before update 5.4.
Add a photo to this gallery

Retrieved from "https://mlp-gameloft.fandom.com/wiki/Twilight%27s_Library?oldid=84494"
Community content is available under CC-BY-SA unless otherwise noted.