, along with Elite Pony, Jet Set, and Prim Hemline, around April 30–May 1, 2014, but subsequently disappeared or was removed. She can be made to appear in the store by turning off the Wifi.

) and on the first day of Pony Reunion Week in October 24-25, 2014 along with Prim Hemline, Savoir Fare and Toe-Tapper without discount. 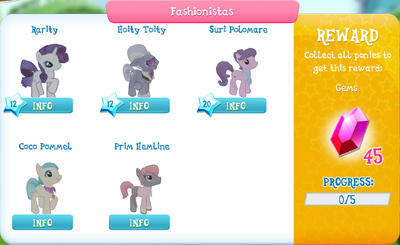 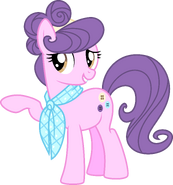 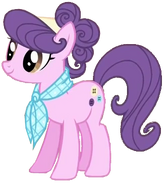