Start a Wiki
Silver Spoon is best friends with Diamond Tiara and the former rival of the Cutie Mark Crusaders, Scootaloo, Apple Bloom, and Sweetie Belle. She lives in Filthy Rich's Mansion.

Silver Spoon was one of the characters available in the beta version of My Little Pony presented at My Little Pony Project 2012 New York, at a cost of 350

in the 2013 Christmas Update. She can also be won from the Equestria Girls minigame. As of update 4.0, she was an exclusive prize of the EG minigame. 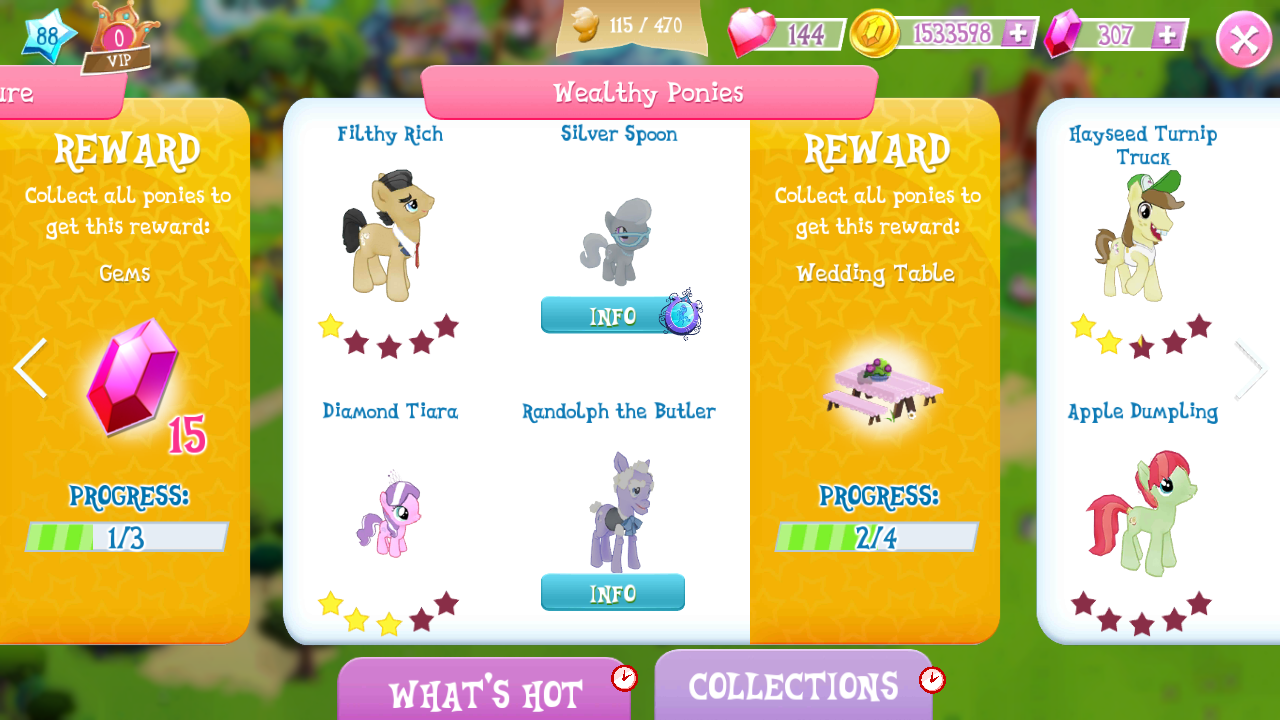 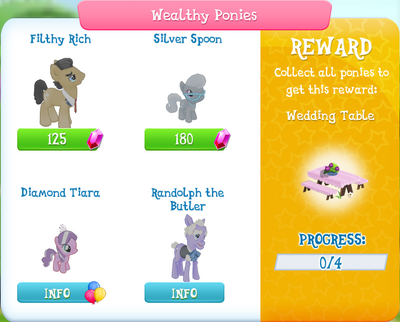 Fleetfoot, Magnum, and Silver Spoon in the shop in the game beta presented at My Little Pony Project 2012 New York.

Sapphire Shores, Silver Spoon (shown with a cost of 600

Silver Spoon vector
Add a photo to this gallery
Retrieved from "https://mlp-gameloft.fandom.com/wiki/Silver_Spoon?oldid=72033"
Community content is available under CC-BY-SA unless otherwise noted.