The My Little Pony Gameloft Wiki
Register
Don't have an account?
Sign In
Advertisement
in: Characters, Canterlot characters, Unlocks at Level 32

during Battle with Dragons event. He reappeared later as event prize. On December 19th, He appeared again as a solo prize for the Crystal Mine Game and was obtainable as social event prize again at the end of December 2017. 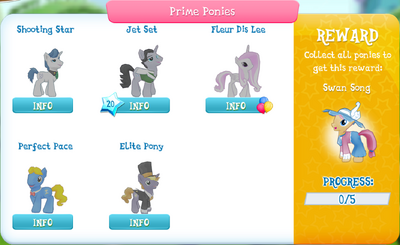