"Emerald Gem" is the in-game name for Sassaflash, who appears in the episode "Luna Eclipsed" dressed in the costume. She lives in Canterlot Manor with Fire Chief.

but was dropped down to 55

in the 2013 Christmas Update before becoming a 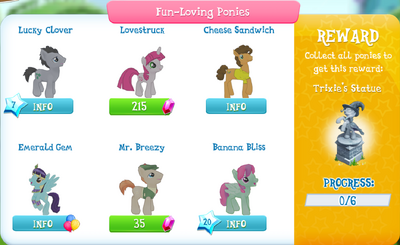 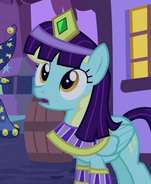 Sassaflash in her costume in "Luna Eclipsed".

Two Emerald Gems shown.
Add a photo to this gallery

Retrieved from "https://mlp-gameloft.fandom.com/wiki/Sassaflash?oldid=65894"
Community content is available under CC-BY-SA unless otherwise noted.