Royal Ribbon is a stylist unicorn pony living in Minuette's House in Canterlot with Minuette. She was added in Twilight's Castle update. 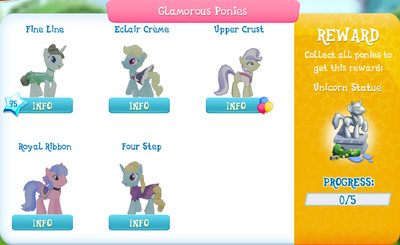 Royal Ribbon on a sale after Twilight's Castle update release
Add a photo to this gallery
Retrieved from "https://mlp-gameloft.fandom.com/wiki/Royal_Ribbon?oldid=70537"
Community content is available under CC-BY-SA unless otherwise noted.