The My Little Pony Gameloft Wiki
Register
Don't have an account?
Sign In
Advertisement
in: Quest characters, Characters, Ponyville characters, Unlocks at Level 25

Mayor Mare is the mayor of Ponyville. She lives in the Mayor's House. She is voiced by Cathy Weseluck, and when tapped, says "'Mare-do-well!'

Mayor Mare was one of the characters available in the beta version of My Little Pony presented at My Little Pony Project 2012 New York, at a cost of 57,500

Mayor Mare must be cost 150

but in the first nine versions of the game if the social networks was switched off, you could purchase her for 57,500 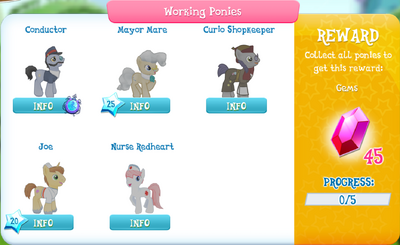 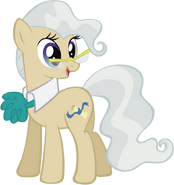