Start a Wiki
Klugetown is one of the locations shown on the world overview map in My Little Pony. The location was made playable in version 4.0 (Update 30) on 6 Oct 2017 for the quest series, "New Horizons" and other later quests.

Klugetown consists of several raised cliffs connected by bridges. Several airships stationed along the piers on the north edge of the platform allow the player access to the Carousel Boutique, the map to other locations on Equestria, and the minecart minigame. The player may purchase bundles of

with real money on a market to the northwest, and the magic mirror to the Equestria Girls minigame is located on the northeast.

Much of the town appears to be empty, as the buildings are sparse and scattered, and with trees, broken ships, and puddles of purple fluid from octopus tentacles littered everywhere. Like in the Changeling Kingdom, the player unlocks and uncovers several wards of the town after completing quests.

In update 4.0 shortly after the event finished, all areas was required to be unlocked again through various tasks given similar to the one given in Golden Horseshoe Hotel along with new quests that can be completed to unlock characters. There are two areas within Klugetown that are not accessible by completing tasks prior to update 4.1 which includes Hippogriff Landing and Outlaw's Den. They're remain closed until it was avaliable to unlock in update 4.1 along with new quest that links to the one previously completed.

The Mane Six resides in the Patchwork Tavern.

All Klugetown characters, such as Capper, already have five stars, so they cannot play minigames, except for the pirate version of the Mane Six and Rambler.

In later updates, Klugetown can be unlocked with 75 maps gained from various characters.

Upon visiting Klugetown, the player is tasked with various quests revolving around rebuilding Klugetown. 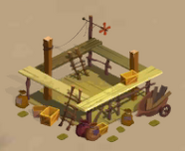 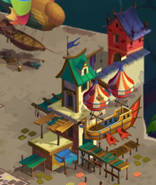 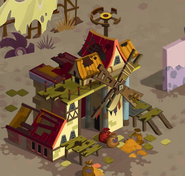 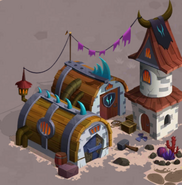 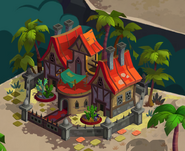 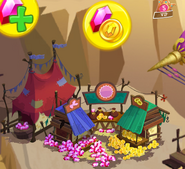 Gem Shop.
Add a photo to this gallery

Retrieved from "https://mlp-gameloft.fandom.com/wiki/Klugetown?oldid=78984"
Community content is available under CC-BY-SA unless otherwise noted.