The My Little Pony Gameloft Wiki
Register
Don't have an account?
Sign In
Advertisement
in: Characters, Canterlot characters, Unlocks at Level 26

Double Diamond is an earth pony who lives in Cutie Castle in Canterlot. He was released as part of the v2.5 update.

Double Diamond was introduced as a prize in the Balloon Pop

Contrary to his album description, Double Diamond's cutie mark is actually three snowflakes. His name instead refers to the expert difficulty level of ski trails in North America. 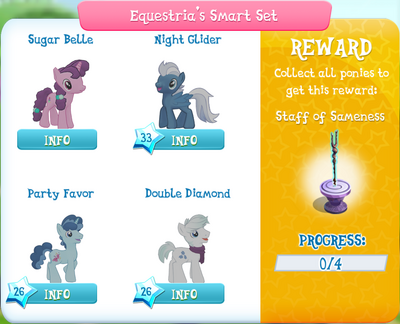