The My Little Pony Gameloft Wiki
Register
Don't have an account?
Sign In
Advertisement
in: Quest characters, Characters, Ponyville characters,
and 4 more

DJ Pon-3 is a rad musical pony. She lives at the DJ Booth in Ponyville. She was also added in Canterlot in The Spa Update.

but in the first nine updates, of the game if the social networks was switched off, you could purchase her for 90

. This Glitch was disabled in the Sweet Apple Acres update. 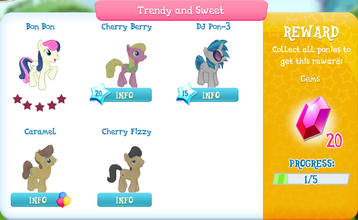 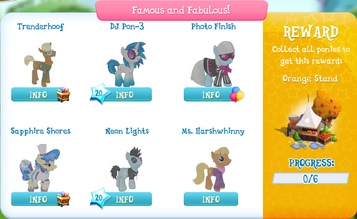 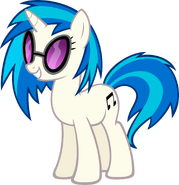 Originally, DJ Pon-3 was only available in Ponyville, but in the August 29, 2013 update, a second version of her was added for Canterlot. This version has several visual differences from the Ponyville version; she has blue legs, glitter in her mane and tail, and the frames of her sunglasses are lined with diamonds.